There are 8.7 million animal species on the planet. Many are ferocious, and some others are hilarious! These fascinating critters can be terrestrial animals, sea swimmers, or even birds that fly high up in the air.

But they often have one common factor: they are odd and funny – but fascinating weirdest animals that will make you smile. Below you will discover a list of 20 funny looking animals to brighten your mood!

The aye-aye (Daubentonia madagascariensis) is the earth’s largest nocturnal primate and a resident of Madagascar’s island. They are lonely species who nap in the treetops during the day and hunt for food at nightfall.

The aye-aye’s most striking characteristic is its incredibly tiny middle finger, which it uses to stamp on trees, searching for larvae beneath the bark. The International Union for Conservation of Nature’s Red List lists this unusual primate as “endangered.”

The aye-aye is considered unfortunate and a terrible omen by the locals, who frequently shoot or hunt aye-ayes when they come across one.

When most people imagine bears, they picture large, swift, and almost life-threatening polar, grizzly, brown, and black bears. They rarely consider sun bears, which seem different from their relatives.

This amazing animal resides in southeast Asia’s tropical forests. The average height of a sun bear is 4-5 feet tall from head to toe.

This feature makes sun bears the earth’s tiniest bears, with many individuals weighing less than 100 pounds. But their abnormally long tongues, which may reach nine inches in length, set them apart.

Sun bears, often nicknamed “honey bears,” as they climb trees in search of honeycomb, and their tongues prove helpful when they slurp it out.

Are you a mouse aficionado? If so, we have great news in store for you. The Patagonian Mara is a funny-looking creature you’ll adore (Dolichotis patagonum).

Despite being a rodent, they possess huge ears that make them look like deer or bunny rabbits. Isn’t it fascinating?

The Patagonian Mara is a diurnal animal occupied throughout the day. They are weird animals of south America that one can only spot in Argentina.

While more prominent than other rodents, these creatures are frequently maintained as exotic pets.

The ears of the California Leaf-nosed bat captured many admirers’ hearts. They are strange and funny– but utterly charming.

It is the only bat in North America with these unique ears and nose developments that look like leaves. They enjoy dwelling in caverns and tunnels in the deserts of the United States and Mexico.

Naked mole rats are indigenous to Somalia, Ethiopia, and Kenya in the Horn of Africa. Contrary to the names, these creatures are neither moles nor rats. Porcupines and guinea pigs are more closely connected to them.

Soldier mole rats protect the population from predators, primarily snakes and alien mole rats, which they recognize by their scent. Most of their time is spent excavating by worker mole rats, who are celibate.

With up to 30 years of life, they are the longest-living rodents. Cancer has never been identified in naked mole rats, and they seem immune to the illness.

Sloths are among the cool animals that can be spotted amid the branches in Latin American nations such as Panama, Brazil, and others and are renowned for their sluggish pace. The two-fingered and three-fingered sloth are the national animals of Costa Rica.

Their expressions are somewhat glum, and appear to be grinning from certain viewpoints.

Their sluggishness is related to their slow metabolism resulting from their leaf-feeding. It is also supposed to assist in avoiding discovery by predators who prey by vision.

Sloths nowadays may appear amusing and cuddly, but their forefathers roamed the earth and were taller than current elephants until roughly 11,000 years ago.

The Gerenuk, also known as the Waller’s Gazelle, is a remarkable Antelopinae genus. Its title comes from the Somali phrase Garanuug, which means “giraffe-necked.”

Gerenuk resides in the sub-Saharan Africa deserts of East Africa. These bizarre creatures are adapted to the dry season with limited food sources.

The Gerenuk is spotted by its lengthy, thin neck, which may be lengthened more if necessary for tasks such as grazing on the desert’s higher shrubbery and vegetation.

They also have unusually extended, slim legs, which benefit because they can ride away from any attacker attempting to offend at fast speeds into the horizon.

If you ever come across a fossa, you might assume, “It seems like a cat,” but it’s not! The Fossa is a distinct species that belong to the mongoose and civet families.

When startled or disturbed, the organism’s tails are frequently as large as its torso and emit a foul odor.

The strange-looking star-nosed mole might be the one to surpass in terms of skill, even if it probably wouldn’t win any beauty pageants unless it is a funny-looking contest!

Condylura cristata, the tiny mole’s scientific name, is found in the swamps and marshes of the eastern United States.

It features a star for a nose, particularly a snout composed of 22 fleshy tentacles that create a squishy, round star, as its title suggests. Their ‘nose’ is used to explore and seek prey in the darkness, not precisely for smelling.

The Saiga is a semi-desert grassland antelope that lives in Central Asia’s semi-desert meadows. Their nostrils distinguish them; hence, they have been included on the list of funny-looking animals.

They were already in decline when a massive illness outbreak in 205 killed about 200,000 people, putting them in grave jeopardy.

As suggested by researchers, Colugos are the direct ancestor of primates. Their front and back limbs are long and thin, with a medium-length tail and a delicate physique.

The head is tiny, with extensive, front-focused eyeballs and slightly curved ears for a superb field of view. Colugos are arboreal crawlers, and jumpers with webbed feet and paws mimic gigantic flying squirrels.

The Honduran White Bat is among the few bat species that are pure white. This critter is on the roster because its bright spike nose and leaf ears give them a laugh-able yet cute appearance.

They are a tiny bat variety that roosts in canopy leaves and is about 2 inches long. They are shy and gentle, with a lifespan of up to 20 years.

Duiker is a type of antelope that you may encounter all over Africa. Duiker is derived from the Afrikaans word ‘duik’ or the Dutch term ‘duiken,’ both of which imply ‘to dive.’ The title comes from their habit of hiding from intruders by plunging into plants.

Horns are present in both sexes for a specific purpose. Surprisingly, it is possessive, and some people have reported seeing it with significant scars. For example, the breeding male had his horns damaged while defending the female.

If that rowdy behavior wasn’t enough, the zebra duiker also has a tiger-like appearance and behavior.

The blobfish (Psychrolutes Marcidus) is a pink fish that may grow to be afoot in length and can be discovered in deep open waters off the shores of Australia and New Zealand.

It does not possess a swim bladder, a gas-filled internal structure that helps most bony fish govern their capacity to stay afloat in waters.

It also has fragile bones and very few muscles. Meanwhile, that does not imply that the blobfish descends to the sea’s bottom. Alternatively, it has a jelly-like body that is somewhat denser than the liquid it resides.

Echidnas are strange and funny in appearance. They have a four-headed penis, no teeth, and no nipples. The strangeness, however, does not end there. The echidnas have porcupine-like spines, a bird-like beak, a kangaroo-like pouch, and deliver eggs like a snake.

They are tiny, solitary animals indigenous to Australia, Tasmania, and New Guinea and are also referred to as prickly anteaters. They usually range in length from 12 to 17 inches and average between 4 and 10 pounds.

The Gobi Desert jerboa is among Central Asia’s funniest and most attractive five-toed jerboa varieties. Gobi jerboas are little rodents that blend seamlessly with the desert because of their coat.

Their backs and thighs have a faint, sandy color with white fur on the remainder of their body.

They have a little snout and big black eyes with their little faces resembling a mouse’s. Their most distinguishing characteristic is their excessively long tail and exceedingly long hind legs.

You will undoubtedly choose to cuddle a wombat when you see one – a cuddly little creature with a kind face and tranquil disposition.

Don’t be deceived by sight, though: wombats have teeth that resemble those of a rat and can become violent if they feel intimidated.

Wombats are also unusual in other respects, except for their looks. Their pouches point backward, and their feces is cube-shaped.

To defend the caves where they live, they plunge headfirst into them and put up their buttocks, strong enough to fend off predators.

The Komondor, also referred to as the Hungarian sheepdog, is a massive Hungarian cattle protector dog with lengthy, clearly coiled white hair that resembles braids or a mop.

The pelt is fluffy and silky. However, the hair is wavy and appears to coil as the puppy ages. The light basecoat and the rougher outer coat produce tassels in a wholly developed coat.

The platypus, commonly known as the duck-billed platypus, is an egg-laying mammal semi-aquatic, nocturnal, and toxic. It is confined to eastern Australia, particularly Tasmania.

Like bats and sharks, these mammals have acquired electroreception to aid prey detection, but it possesses about 40,000 electroreceptors, allowing great sensitivity.

This little critter, which only reaches a length of around 50 centimeters, is one of the few globally found undisputed leaders of its group.

Capybaras are the world’s most oversized surviving rodents, and we may encounter them all over Latin America. They enjoy living in huge social groups near water, which can number up to 100 individuals during summer.

They are frequently seen as perches for various birds, contributing to their odd appearance. One fact about Capybaras that may amaze you is that they are pretty swift, powerful enough to run as rapidly as a horse if necessary.

They can also remain dunked in water for up to five minutes, which they have been observed doing to hide from predators.

But remember, these funny and adorable animals aren’t pets! Yes, they’re unique and one-of-a-kind, but that doesn’t mean one ought to buy one! These creatures belong in nature, and selling them is almost certainly prohibited.

Enjoy these creatures online or in preservation facilities, and allow them to wander freely in their natural habitats! If the weird animals interest you, Go through our article on animals that do not sleep.

Sadrish Dawadi is a Mountain Ecologist, an expert on the impact of climate change on humans, animals, and plant species. As an activist for animal welfare, he believes an animal's eyes can speak a great language of the planet's state and environmental condition. 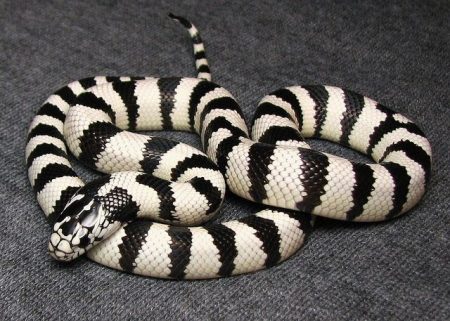 13 Ugliest Fish in the World 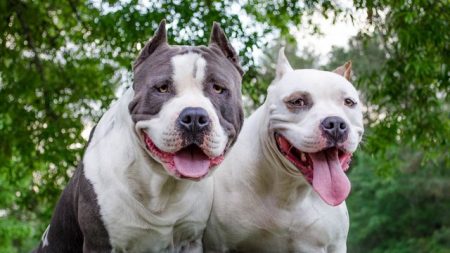