13 Ugliest Fish in the World

Fishing combines enjoyment, thrill, and a pleasant surprise to bring home. You may be familiar with magnificent fish, such as the Betta fish or Goldfish. But did you know that there are ugly fish in the sea?

There are species of different sizes, weights, forms, and hues, but some may appear weird, if not terrible.

Beauty lies in the eye of the beholder, but everyone recognizes an ugly fish when they see one, right?

That is why these fish listed below are frequently chosen as among the most ugly-looking aquatic creatures.

This compilation features 12 of the ugliest fish in the world, but be warned: staring at their photographs may torment your nightmares for days. Or maybe you’d stop enjoying fish as much as you do!

1. Blobfish, the ugliest fish in the world

Blobfish are often regarded as the ugliest fish in the ocean. Because of its gelatinous look, many people voted this fish as the ugliest animal in 2013.

This ugliness is why blobfish are so trendy; they can be spotted everywhere on the internet and on social media!

These eerie organisms are present at depths of 600 to 1,200 feet, where pressure is 20 times higher than on the surface, causing their jelly-like bodies to disintegrate under slight pressure.

It does not appear gelatinous in its ecosystem, which is 2,000 and 4,000 feet below the water’s surface but resembles other fishes. However, when the water pressure is reduced outside the water, it loses its form.

It has no bones, unlike other fishes, and its body is sustained by the high water pressure found on the sea floor.

Since it can go for extended periods without feeding owing to its sedentary lifestyle, this deep-sea critter only needs a small amount of food to exist.

The wolffish, a genuine hunter, has an elongated body that may reach a meter and a half in length.

It possesses enormous canine-like teeth that protrude from its jaw and are used to attack slow-moving prey such as crabs, shrimp, sea urchins, and giant marine slugs.

This voracious predator is well-adapted to freezing aquatic environments and has a remarkable capacity to create antifreeze molecules that protect its blood from freezing.

You may spot this deep-sea creature with a ferocious appearance near the sea bed in the frigid North Atlantic and Arctic seas.

Regrettably, the survival of bony fish is threatened since it is an increasingly popular gastronomic fish.

This stylishly ugly fish has a depressed body, a massive head, and frightening-looking fins. It is a type of bottom-dwelling fish that has acquired eyes on the crowns of its heads.

It may reach a height of 90cm. The Uranoscopidae digs through the sand to attack unsuspecting victims.

A few Uranoscopidae ambush predators with baits at the bottom of their mouths. Avoid getting too near if you see one, as these fish produce lethal venom. It is one of the world’s ugliest fish, capable of causing electric shocks.

The hagfish is a slinky, cylindrical fish with pink-grey skin and a paddle-shaped tail that resembles an eel. It prefers the cold, deep waters of the Pacific ocean.

Their jaws resemble those of a terrifying extraterrestrial, and while they lack teeth, they have dreary-looking toothy cartilage that they use to scrape away at corpses.

Hagfish have a particular advantage; in addition to their unusual appearance and horrible feeding habits, they bury themselves in the flesh of a carcass and devour it from the inside out.

They may create many liters of sticky snot from their skin on the entire body in a matter of minutes, clogging the mouths of any enemies who try to consume it.

Viperfish have a lot of sharp teeth whose size prevents them from closing their mouth.

It lives in the ocean’s depths, temperate waters, or tropical waters, with an average temperature of four degrees Celsius.

They are one of numerous fish on this ranking that may attract prey via photophores or light-producing organs. They may be seen along the body’s sides and at the base of the dorsal fin spine.

Viperfish range in hue from green to black and may survive in the wild for up to forty years. They are coated in an unidentified material that appears to resemble scale.

The handfish, also known as the spotted handfish, derives its name from its ability to walk around the bottom owing to its hand-like fins.

It is endemic to the marine waters of Australia and Tasmania and is one of the most endangered species on the planet.

Females lay anything from 80 to 250 eggs on many vertical surfaces. After 7 to 8 weeks, the eggs hatch into fully grown juveniles.

They have been on the edge of disappearing since the unintentional introduction of a starfish that feasts on their eggs.

It would be considered an understatement to suggest that the Red-lipped Batfish, another cold water bottom-dweller found in the seas surrounding the Galapagos Islands, is a strange fish. The fish has a distinct appearance: a bright red lip, a beard, and whiskers.

Some may find it challenging to comprehend that this strange-looking aquatic creature is not donning cosmetics!

When it reaches sexual maturity, its modified dorsal fin attracts prey such as tiny fish, shrimp, and crabs.

Unlike other fish species, the red-lipped batfish is a clumsy swimmer, utilizing its pectoral and pelvic fins to crawl on the bottom.

Smooth lumpfish is a hideous marine monster residing in the North Pacific at depths of 1700 meters. They mature 6-41 cm long and weigh 0.05 – 4.20 kilogram.

Because of its small fins, this species of fish is considered a bad swimmer. Their favorite food is medusa and ctenophores.

Smooth lumpfish migrate from the deep sea to coastal zones, where they reproduce on a rocky substrate at depths less than 10 meters.

Between conception and hatching, the incubation period is more than 40 days. After females produce, males defend the egg clumps.

Angler fish is ugly, no question! Because of its sizeable bony skull, gigantic teeth, and small parasite male mutated into a little useless limb to save it from being devoured when mating, the Anglerfish is one of the ugliest and scariest appearing fish in all of the oceans.

This natural predator lures victims near enough for it to open its massive jaws and consume the entire using a light on its skull.

The jaws of this dangerous fish are so enormous that they can devour prey twice the size of their body. The jaws contain sets of translucent teeth.

All of its bodily components, excluding the testes, will merge into the female body. As a result, a single female might carry six or even more males on her body.

Toadfish appellation derives from the fact that they look like a basic garden toad or water frog.

They are also known as frogfish. They have broad, flattened crowns with massive, toothy jaws.

Toadfish is indisputably one of the world’s ugliest fish. They emit a loud croaking noise, similar to a toad, that can be detected outside the water.

Its toxin is one of the most lethal poisons, but it is edible if cooked correctly and is reputed to be tasty.

There is no antidote for its toxin, and some of this fish’s toxins are more toxic than black widow spider venom.

Do you know how it feels when you chew into something and uncover a hair? The Hairy Frog Fish, on the other hand, is the tangible manifestation of that sentiment.

It is prevalent in the Indian Ocean’s tropical, subtropical, and Atlantic oceans. It has a rounded, extendable body with tiny spines that mimic long hairs on its epidermis. Hairy frogfish has a wide mouth and can devour prey the size of themselves.

It is a ravenous carnivore that devours everything within its grasp. It has a spherical, extensible body and delicate skin. The primary hue ranges from yellow to brownish-orange in a variety of tints.

Hairy frogfish are carnivorous, mostly consuming tiny marine fish and crustaceans. If the female wanders too long in the territory after mating, the male may kill or consume the female.

To the average person, sea pigs may appear to be marine monsters created by a hybrid between a pig and a slug. Others believe it is human fingers sprouting from the creature’s lips.

However, these hideous sea pigs are scout planes or sea cucumbers belonging to the deep water Holothurians genus living in all oceans, mainly in the Pacific and Indian oceans.

Their body wall skeleton is readily evident as spiny C-shaped shafts, and they are transparent cucumbers ranging in length from 2-4 inches. The sea pigs eat by forcing the meals into their mouths with the help of their tentacles.

They have enormous tube feet and tentacles. The tube feet resemble two antennae, while the other feet are placed in a row around the bottom edge to navigate the deep oceans.

Should they even be classified as fish at all?

This shark is hard to explain; its pinkish body or may be peeking out snout; this is the ugliest species of shark or ugliest fish species.

The sharks living in murky depths can be up to 6 meters long. Sometimes they can be spotted near shallow water.

Instead of being terrifying fish as per the shark’s reputation, goblin sharks are slow and can not attack humans.

The species was first spotted in the North Pacific oceans and later brought to Jordan. The species has a long shovel-shaped snout, fang-like teeth, and the ugliest facial features.

These strange and ugly-looking fish exhibit various odd and distinctive traits due to their adaptation to a life in complete darkness, extreme pressure, and subzero temperatures.

Some fish have developed unique organs that enable them to emit light to lure prey or evade predators. No wonder they look strange!

We would congratulate you if you made it through this entire collection without losing your appetite. In any case, we don’t want to discourage you from eating fish!

What about pets? Do you know a range of ugly cat species will make you say, yew, how can someone pet them? Check out the list of ugliest cat species here.

Shradha Bhatta holds a Bachelors’s Degree in Social Work along with a Post-graduate degree in Project Management from Georgian College in Canada. Shradha enjoys writing on various topics and takes pleasure in discovering new ideas. Her life’s mission is to make the world a better place for all beings. 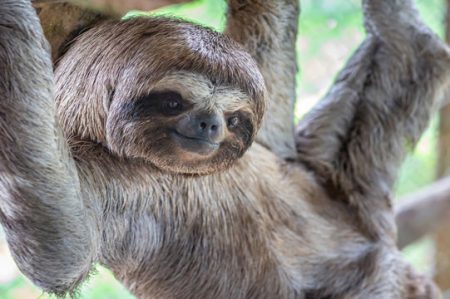 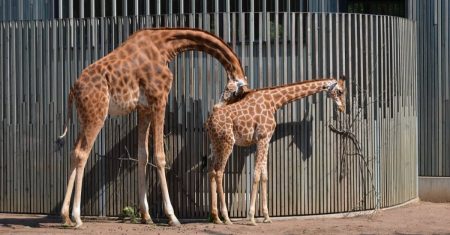